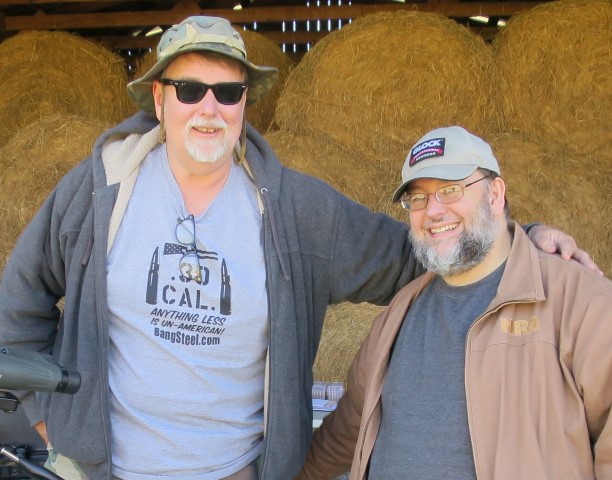 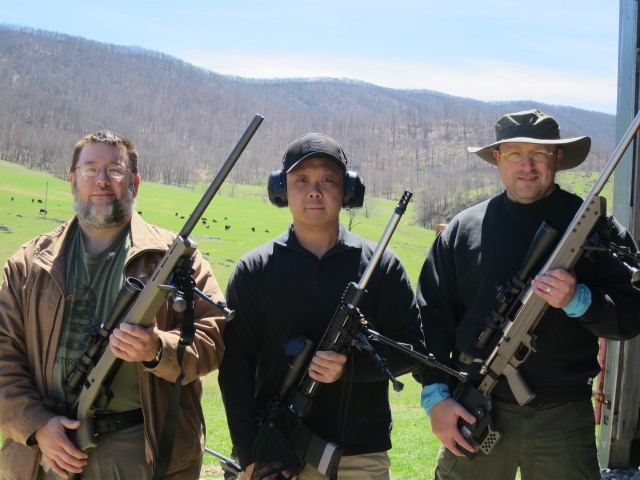 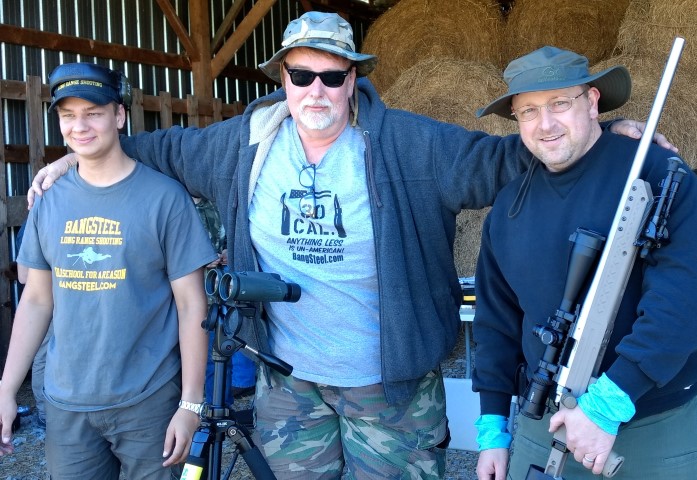 Thanks to Dan and his team for making this a great training class. Especially to Chris and Forest for helping me get the first shots on at 700 :) 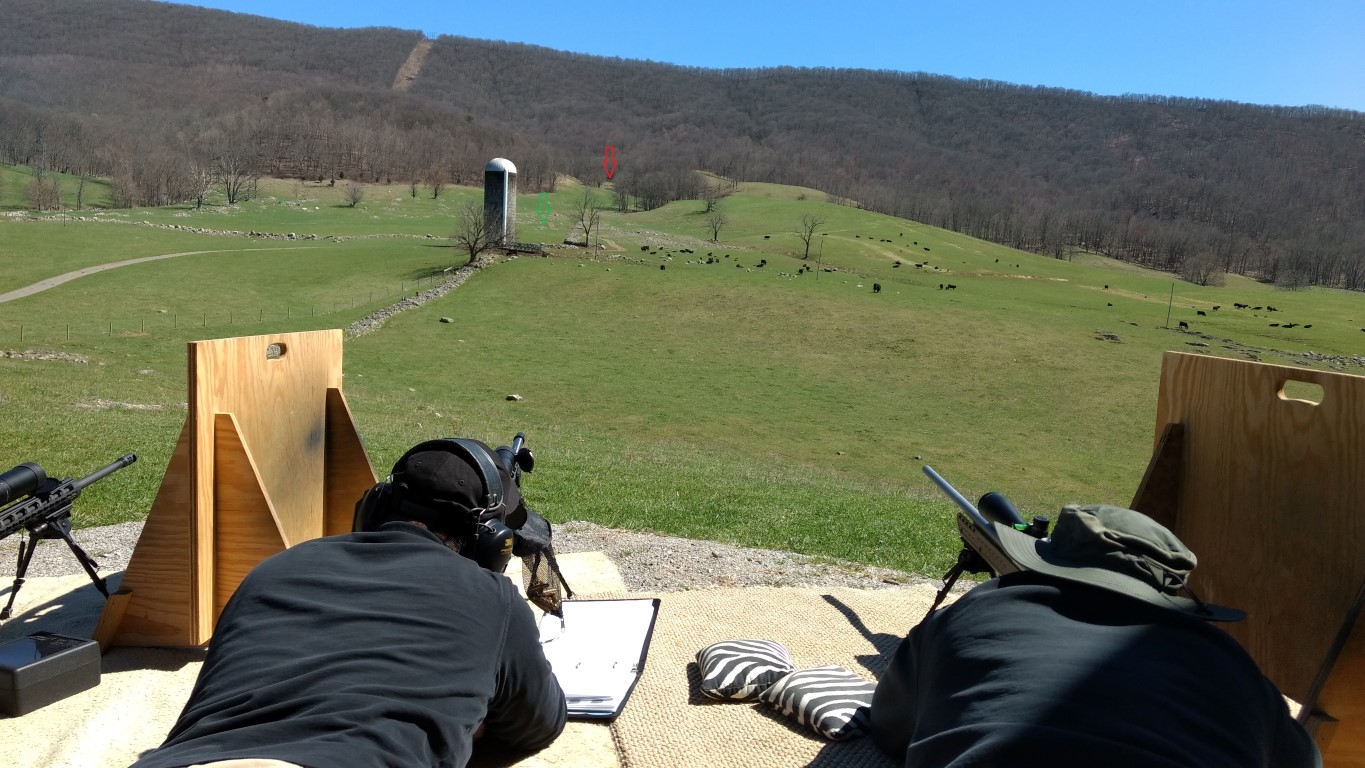 Prior to this class, I had never shot at over 600 yards but on the second day was reliably hitting targets at over 1000 yards away with my .308 Remington 700 Varmint (26" Barrel, Magpul Hunter Stock, Harris Bipod, and Vortex HS-T Scope). Dan walked us through what we needed to know and, more importantly, what we didn't need to worry about. He discussed the expected topics: wind, spin drift, coriolis effect, Eövtös effect, angle shots, etc. For example, he pointed out that the coriolis effect on a .308 at 1000 yards will be small compared to error in the best wind call that we are likely to make.

We're planning to return in the future for more of Dan's classes.

For this class, I knew that I was going to be shooting at >1000 yards and given that the transition from supersonic to subsonic causes instability, I wanted a load that would be supersonic at 1000 yards. As many of you know, this is a fairly hot load for a .308 Win using 175gr bullets. I ran a few Audette and OCW ladders and after a few trips to the range (100 yard) and many measurements with the Labradar, ended up with the following:

This load shot a < .5" group at 100 yards during my testing and reliably hit the 1100 yard target at BangSteel

The Quickload calculation for this is: 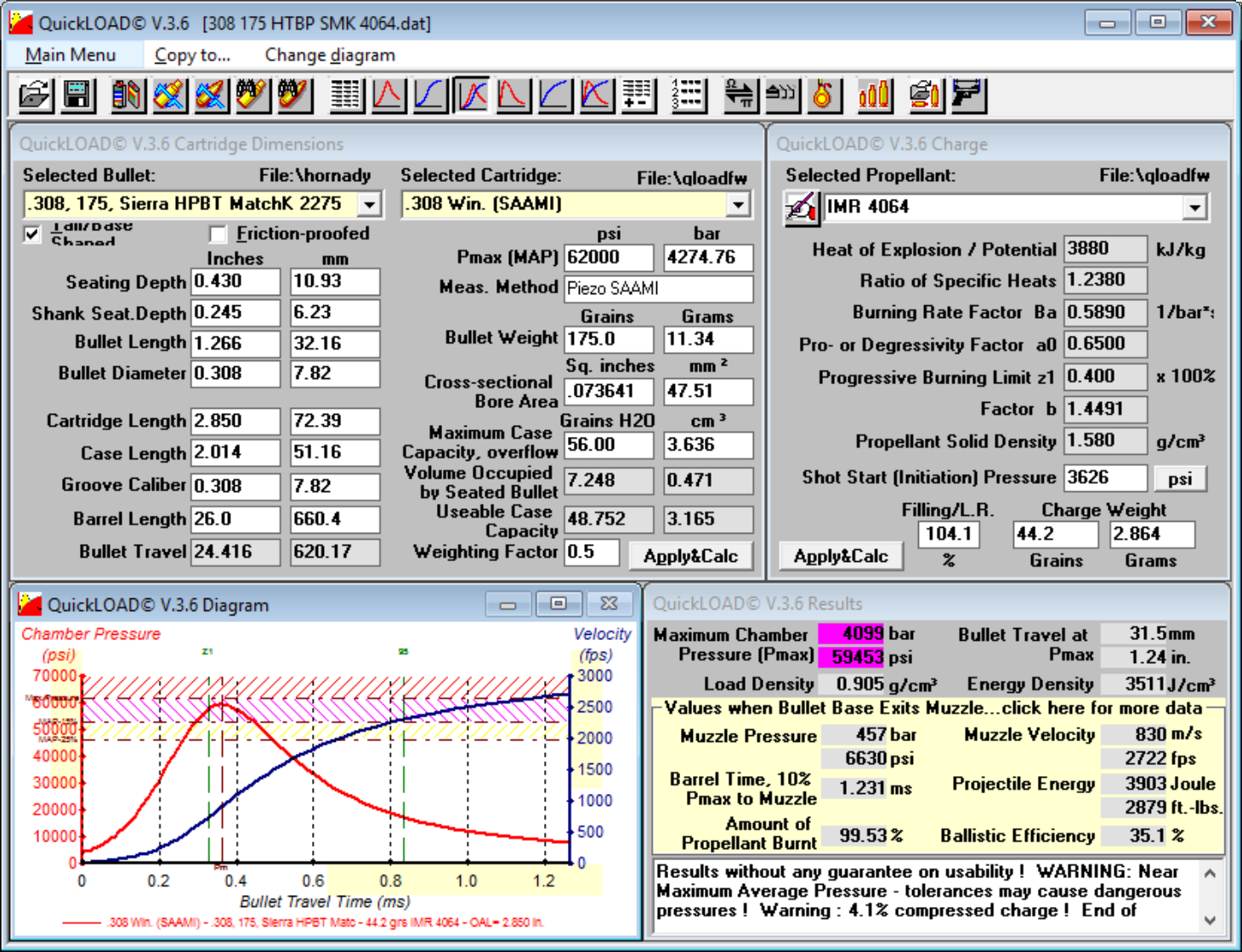 Notice that Quickload thinks this is a compressed load at 104.1% of case capacity. In fireformed Norma Brass, this is more like 95-98% from what I can estimate.

The actual data from the Labradar for 10 shots of this load is:

From the actual testing (impacts at 700, 800, 900 yards), the velocity that "worked" in the ballistics tables is 2716 fps. Given that the Quickload says 2722, the Labradar says 2748, and the testing vs trajectory says 2716, I'm not certain what reality is on this but they are within 1% which is not bad. I believe that the Labradar is probably the most correct since I have verified it against a Magnetospeed and a Beta Master and got about +/- 10fps in the past. I don't think that this really matters as long as the table for this rifle/load works to hit targets accurately.

Based on the Labradar data, Quicktarget calculates that at 1000 yards, the bullet should be at 1238fps which is solidly supersonic at any temperature/altitude that I'll be shooting. It should transition to subsonic at between 1100 and 1200 yards.

WARNING: These loads were tested by me in my gun and I believe them to be within safe limits for this particular gun but these are not officially tested and published loads. This data is for informational purposes only. I recommend that you don't try any of these loads without independent verification of this data. I assume no responsibility for any use of this 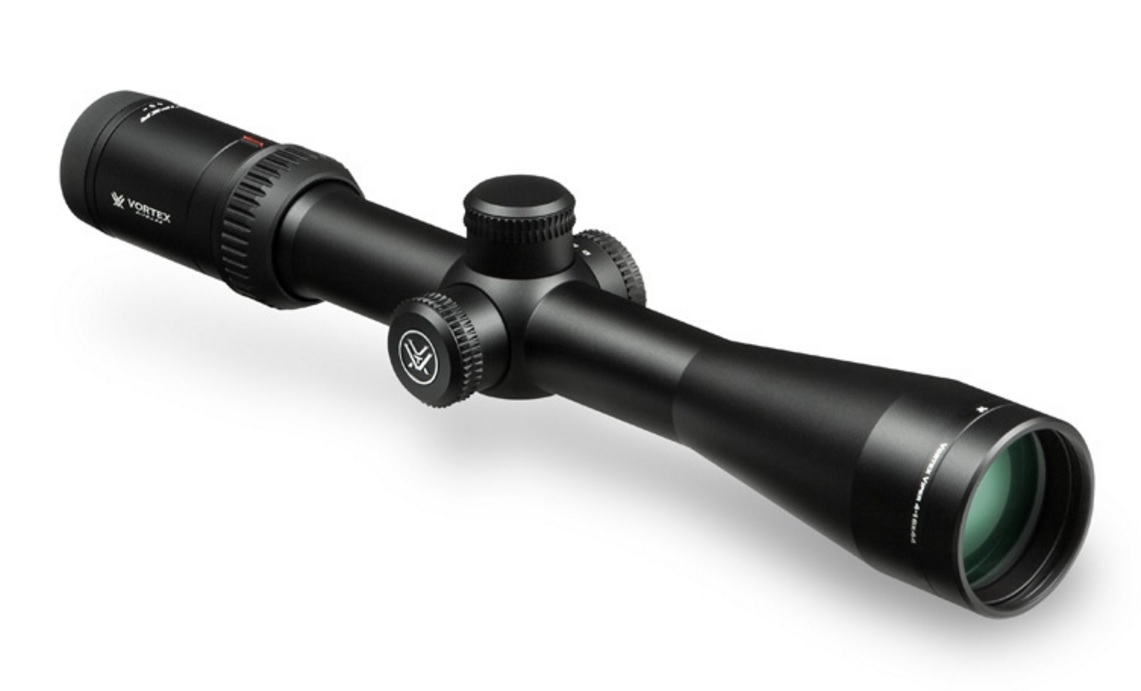 Near the end of the first day, when trying to get elevation values for the 700yd, 800yd, and 900yd targets, my 700yd and 900yd values were reasonable but my 800yd value was not making sense and was about 3-4 MOA off. Dan quickly diagnosed this as the scope sticking around +20MOA and that evening I ran the elevation up and down about 20 times to try to free up the movement. At the start of the next day, I re-verified my 100 yard zero and it looked good but when I tried to check it at the 700yd target, we found that the elevation was no longer moving and no amount of moving the elevation knob changed anything. Apparently, it isn't uncommon for the Vortex Viper scopes to fail as someone commented that they have now seen 23 of them fail in use. Even though Vortex has a great sounding warranty - that doesn't help when it fails when you need it most. It looked like I was done since I didn't have a backup rifle / scope with me.

Fortunately, Dan send someone to his home and got a few scopes to loan me and his son installed an Osprey 4-16x that worked great. Thanks Dan! I ended up buying the scope from Dan and it is still on my rifle and the Vortex HS-T 4-16x44 was sent back to Vortex for repair.

I'm not certain whether I will trust Vortex products enough to use them in the future but if I do, I will at least bring a backup since it not only proved unreliable for me but I heard others with similar stories about this brand. They have some great reviews out there but I suspect that maybe their quality control has not been great because of the higher demand. 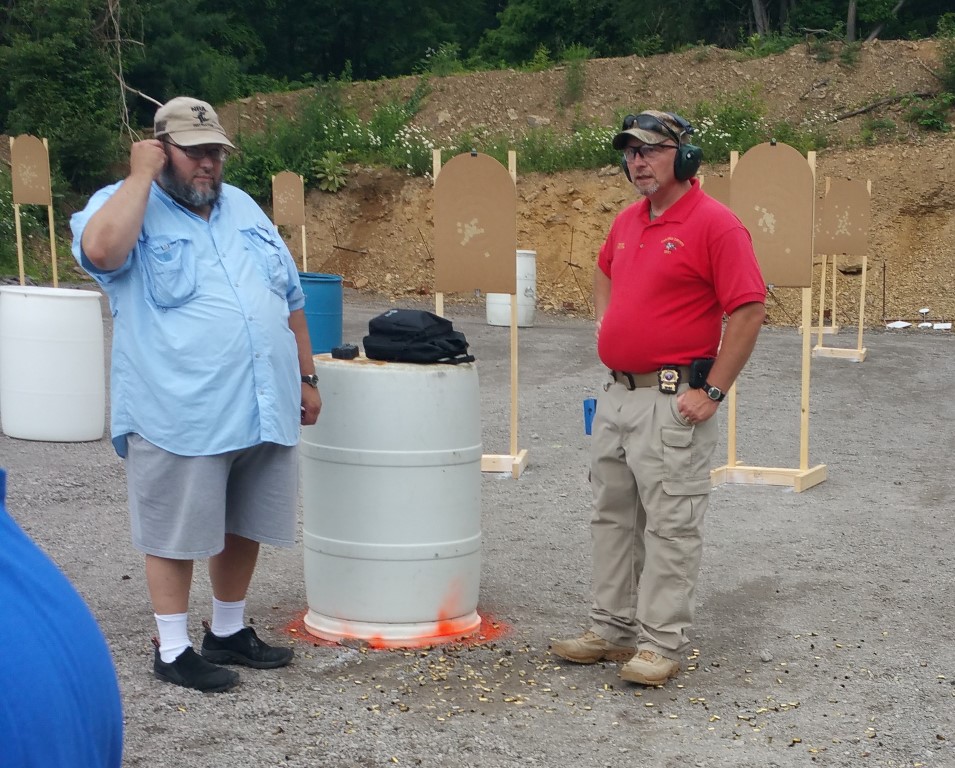 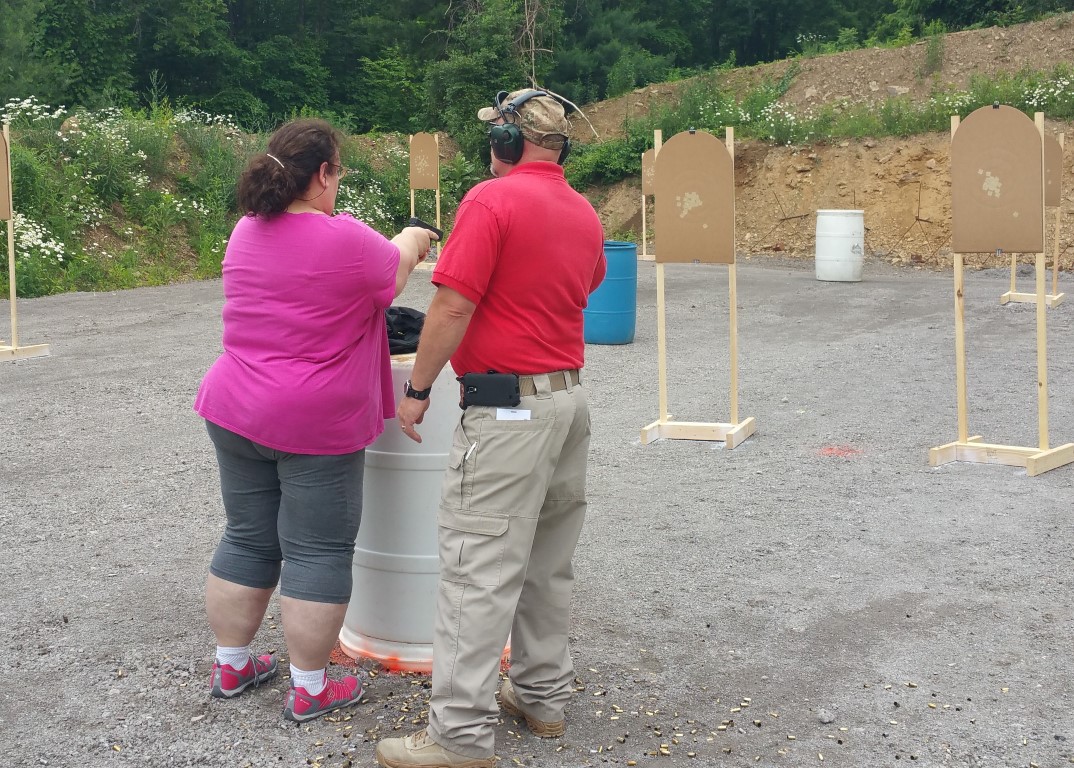 My wife (Lee) and I attended our first Glock GSSF Competition in Johnstown, PA at the Daisytown Sportsmen's Club. Since we had never done this before we didn't really know what to expect but we ended up talking to some of the other shooters and figuring out what to do. These are the lessons that I learned from the match.

What to do when you arrive at the match

More information about GSSF is available at: